Here’s Why Moving to Las Vegas is NOT a Great Choice!

Why you shouldn't move to Las Vegas 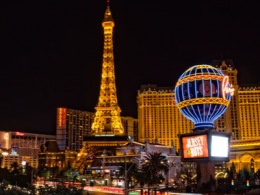 Living in Las Vegas is more than just casinos and entertainment. If anything, it’s a wild place to start living your dream and make the most out of your life. As we all know, Las Vegas is known for being a city of non-stop partying and gambling, no wonder it’s called a Sin City! However, you’ll be surprised about how it actually is behind the shell – sprawling suburban neighborhoods, diverse, and unique living spaces.

If you’re thinking of relocating to the entertainment capital of the world, or if you’re having doubts – the following reasons will help make up your mind before you start moving and packing, and probably your friends’ too!

Reason #1: It’s more of a transient city
Las Vegas is quite a transient city – meaning – people often don’t stay there for the long term. In fact, only 24% of current residents were actually born in this place. Most of them move to and from places like California, Washington, and all over the country. That being said, people are less invested in getting to know you and the same is true the other way around. People go there mostly to have fun, so thinking of actually staying put in Las Vegas until you grow old – especially if you’re more of a reserved type person – might not be a very good choice considering how gambling and casino-focused the city is.

Reason #2: Traffic!
There are more than 2.6 million residents in Las Vegas – so it’s no wonder why traffic is a common problem here especially during rush hours. The poor freeway systems paired with aggressive drivers and shortage of street patrols make it even worse. The boom in construction and construction workers also contribute to clogging the streets. Plus, gasoline prices are among the highest prices across the US.
Reason #3: The summer heat is scorching hot!
If you can handle over 100 degrees of summer heat every day, then you might be able to handle it. But mind you, it is dry heat!

Reason #4: School systems
One of the good things in Las Vegas is that they’re building more and more schools to make up for the rising population in the city. However, the big issue that comes along with it is the unfilled vacancies for qualified teachers. In addition, Nevada ranks last in graduation rates and considered worst in the nation when it comes to state education systems.

Which is a better place to move, then?

Here’s what we suggest: San Francisco, California! Now you might ask, why? Check out these reasons!

● You can expect clear skies and warm temperatures all year round! The weather in SF is characterized as mild, with high temps ranging in the 50s and low temps in the 70s. With its Mediterranean climate, you can conclude that the summers are cooler than Las Vegas, with average highs in the 60s.
● Recent estimates indicate that the population in San Francisco is at 850,000 – way lower compared to Las Vegas!
● Because of its diverse population, San Francisco is considered as one of the happiest (and snobbiest) cities in the US – although it is more inclined to be the top for happy cities. It’s a great place to be casual, meet people, and simply be laid-back and carefree.
● One of the downsides of being in San Francisco is the high cost of living although you can always find truly affordable neighborhoods with lower rental rates. If you can get an affordable tiny apartment, you can always rent a storage unit from a self storage facility near your place. It will help you store your larger belongings so you can keep your apartment mess-free. Plus, storage units are cheaper to rent too!

Before making your final decision on which city you’d best thrive in, and before you even get started with your moving and packing, it’s always best to weigh in the pros and cons of your top two choices. If you’ve thought about Las Vegas and San Francisco for a while, we hope that this article has helped you finalize your decision.

If you happen to move to San Francisco, don’t forget to give us a call at our San Francisco self storage facility so we can help you settle in and store your belongings securely.

Posted in: Moving and Packing Tips